She Needed A Miracle

The tumors on her body were so bad, you could see them even from the freeway. When she was taken to an emergency veterinarian, the largest of her tumors measured at more than two feet long. 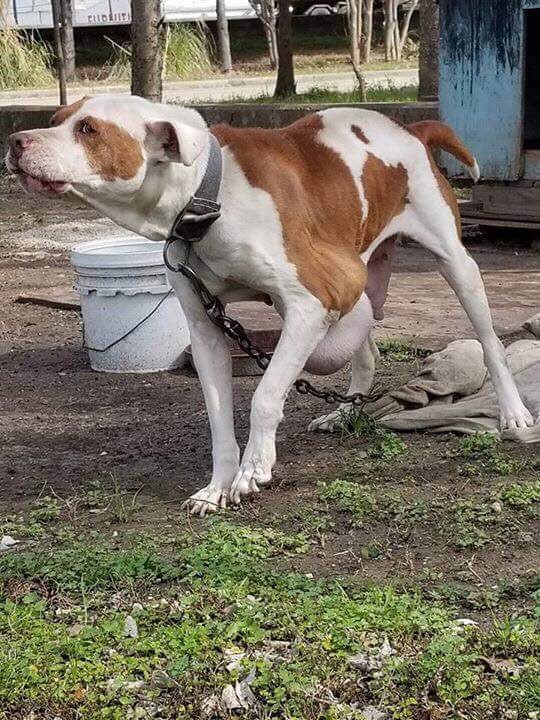 Back in February, someone had posted a picture of the three-year-old dog on a Facebook page. Her tumors weren’t that bad then. She could have been saved.

Her name was Milagro, Spanish for “Miracle.”

It was a local dog walker who discovered Milagro and reached out rescue groups in the area for help. One of those was Tiffany Frazier, a Houston-based animal activist and co-founder of Chip N Snip. Tiffany has seen too many heartbreaking cases like Milagro’s, but she said Milagro will always stand out as one of the most memorable.

The dog walker convinced Milagro’s owners to let her take their dog to the vet. Tiffany’s organization paid for a full blood workup and additional tests, and the veterinarian immediately put Milagro on pain meds.

“They called and told me, flat out: she’s really, really bad.” The doctors told Tiffany that Milagro would never survive surgery. Though Tiffany had already known this was the most likely outcome, the bloodwork and additional tests will be necessary if there is ever a case brought against her owners, she said.

A volunteer took Milagro cheeseburgers and showed her love the morning before they put her down—less than 24 hours after she was taken from the yard she’d been chained in, likely her entire life.

In addition to the massive tumors on her belly, Milagro had needed a blood transfusion, suffered from extremely labored breathing, and couldn’t use her back legs because her tumors were so heavy. She was covered in so many fleas and flea feces that she looked like she had black spots, even though she was a tan and cream dog.

What’s just as heartbreaking: the family who owned Milagro still has five dogs in their yard, living in chains, all in poor shape. At least one of them appears to need an eye removed and they’re all very thin. “They likely don’t get fed regularly,” Tiffany said. She said many neighbors have already reported the owners through a new web site for reporting animal cruelty casesto the newly formed Harris County Animal Cruelty Task Force.

We have learned that there is an investigation underway in this case; it is possible Milagro’s owners will soon be charged with animal cruelty. Under the new animal cruelty law, they could face significant time in jail.

And if we can pass legislation to fix our statewide tethering law and end the use of chains,the five dogs who shared a yard with Milagro – and countless more – will have a chance at a new and better life.

It’s too late for Milagro, but we can be the miraclefor others.