The Texas legislature is bicameral, composed of two houses, the Senate and the House of Representatives. There are 31 senators and 150 representatives.

The Texas legislature is unique because it is a part-time legislature. Both the Senate and House only meet for 140 days every other year. The 87th Texas Legislature begins on January 12, 2021, and will conclude on May 31, 2021.

The House of Representatives is presided over by the Speaker of the House, elected by the Representatives, while the Lieutenant Governor, elected by the people, presides over the Senate. The governor has veto power over bills passed by the legislature, as well as line-item veto power over the budget. The governor can also call short, special sessions of the legislature to address specific issues in an agenda that the executive sets.

It is vital that you know who is running to represent you and that you ensure they know the value and impact of animals and the humane treatment of them in your community and in their legislative districts.

What is the Texas Legislature?

How often does the Legislature meet?

The legislature meets every odd-numbered year to determine what bills will become law to help citizens better face new issues that continually arise.
A regular session is 140 days in length and begins on the second Tuesday in January.
A special session can last no more than 30 days and is called by the governor to address specific issues.

How does a bill become law in Texas?

Each bill starts off as either a house bill or a senate bill, sometimes even both (to increase the chances of getting a bill passed).
A bill must go through introduction, committee action, and floor action in order to move on to the other house. Once a bill has passed through all three actions in both the House and the Senate, the bill is passed to the enrollment phase i.e. The Governor’s Desk to be signed and become law or vetoed. 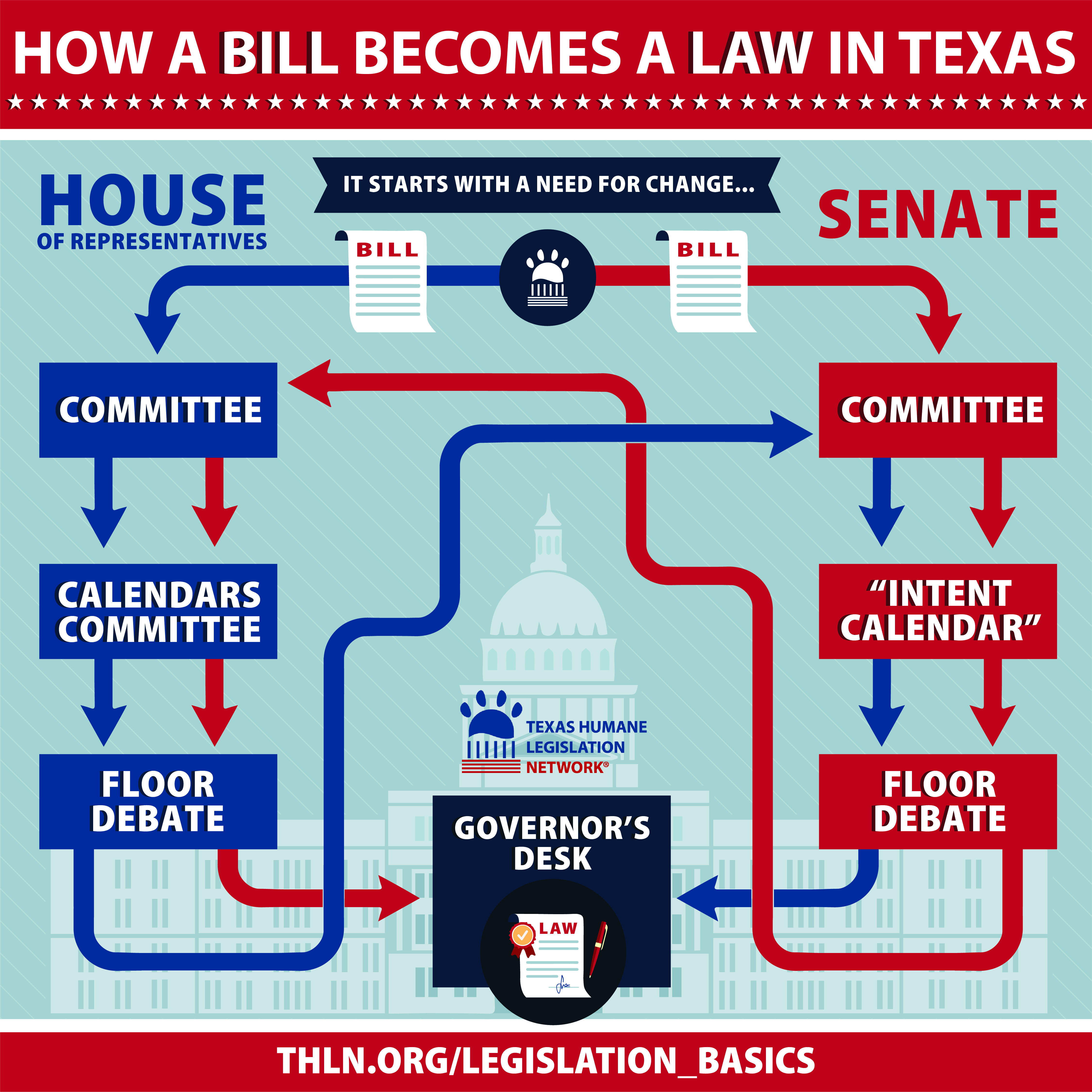