Shelby is the Executive Director at the Texas Humane Legislation Network since 2019 and the Texas Humane Network since 2020, but she began her volunteer service with THLN in 2011 as a board member. Since 2011 and under her leadership as President, Vice President and Legislative Chair, THLN has had four successful legislative sessions wherein THLN successfully passed the Anti-Gassing Law (passed in 2013), the Mandatory Canine Encounter Training Law (passed in 2015) and the Animal Cruelty Enhancement Law (passed in 2017) and the Safe Outdoor Dogs Act (passed in 2021). In 1999, Ms. Bobosky moved from Chicago to Dallas to begin her law practice. Ms. Bobosky has continued practicing general civil litigation until 2017 when she decided to do only pro bono work putting in hundreds of hours for THLN as well as assisting animal welfare advocates and rescues when possible. She teaches Animal Law and Wildlife Law at the Southern Methodist University College of Law and travels the state teaching animal cruelty laws and Texas animal laws.  She shares her animal kingdom with three boys, one spouse and three rescued dogs and two rescued prairie dogs. 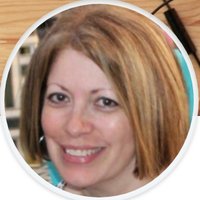 Position: Office Manager
Email: [email protected]
Donate to THLN on my behalf
Karen joined THLN in May 2019 to provide administrative support to the staff, board members and volunteers. Karen has a passion for service and working with nonprofits. She recently worked for a local river authority coordinating their grant program and says giving money to other nonprofits in need is the best. Originally from Houston, Karen loves day tripping in central Texas and making sweet treats.

Position: Director of Government Relations
Email: [email protected]
Donate to THLN on my behalf
Stacy’s tenure with THLN began in 2012 with fundraising and grassroots organizing to pass SB 360 – the Anti-Gassing Bill – signed into law in 2013. Her commitment to THLN’s unique mission earned her the THLN Rookie of The Year award in 2012, and the 2013 Chapter President of the Year award. Since then, Stacy has worn several hats for THLN, including Volunteer Coordinator, Director of Operations, and Legislative Liaison providing testimony and research on a variety of issues including puppy mills, private ownership of dangerous wild animals, greyhound racing and reptile roundups. She proudly served as THLN's Interim Executive Director during the session THLN successfully passed HB 593 – the Mandatory Canine Encounter Training Law (signed into law 2015). In 2017, Stacy returned to her alma mater (The University of Texas – BS in Radio Television Film, 1992) to study public policy and nonprofit leadership. Stacy’s background in broadcast media came into play in 2018 as co-host of Dog Lodge Radio – a podcast promoting humane legislation and animal welfare issues. Her experience as a Court Appointed Special Advocate (CASA) for abused children and volunteer serving victims of family violence came together with her passion for preventing animal cruelty to launch Safekeeping – a program supporting the pets of people exiting abuse. The project garnered the attention of the ClickTime “Women In Nonprofit” Scholarship, awarded to Stacy in November 2018. Stacy received her Master’s in Public Affairs from the LBJ School in August 2019, all while continuing her local volunteer work with the Austin Humane Society and PALS – a program supporting the pets of Meals On Wheels clients. In her downtime, Stacy enjoys cooking for her family, reading history books, and cuddling her uber-cute pets Sunney and Gizmo.

For more information on becoming an Organization Partner please contact us at: [email protected]