The Trump administration’s under-the-radar decision last week to legalize bringing elephant parts to the U.S. as trophies on a “case by case” basis—although not surprising—was a complete punch in the stomach to all who understand what the dwindling elephant population faces as a species for survival.

To recap: In November 2017, the U.S. Fish and Wildlife Services announced it was lifting an Obama-era blanket ban on importing sport-hunted trophies of elephants from Zimbabwe and Zambia. After public outcry, President Trump announced via Twitter he was putting the policy on hold. Trump even Tweeted he would be “very hard pressed to change my mind that this horror show in any way helps conservation of Elephants or any other animal.” And then last week, the U.S. Fish and Wildlife Service stated in a memo—which it did not publicize—that the agency will consider importation permits "on a case-by-case basis." The memo did not clarify any specific guidelines for reviewing these permits. 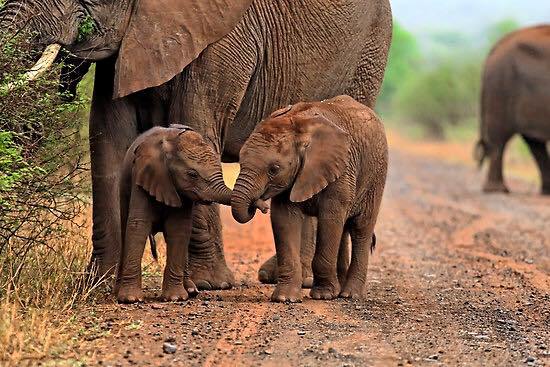 With elephants facing extinction within our lifetime (only 350,000 remain in the wild and one is already poached every 15 minutes for its ivory), every effort must be taken to protect those animals that remain. Elephants need you to be their voice now more than ever.

Last week’s decision is heart-wrenching, made behind closed doors, and in complete contrast to President Trump’s previous statements that he stood against importing elephant trophies. And, of course, the most concerning reason is that elephants face imminent extinction. While the current Interior Department and big game hunting supporters believe revenue from permits aid in conservation, conservationists on the ground maintain that very little money paid to hunt and kill elephants is actually used for conservation.

Please be their voice today -- THANK YOU!