Shana Best did not set out to kidnap Bosco when she entered her boss’s home on a February day in 2015.

“I wasn’t supposed to be there,” she told THLN.

She had only been working for Craig Tobler and his organization, Owner’s Pride Companion Animals in Lockhart, for a couple of weeks when she decided to search Tobler’s home while he was gone. That’s when she found Bosco, laying on his side with bite wounds, skinned legs, and an abscessed right eye. The French Bulldog was surrounded by urine and feces, and the home was filthy. She took him home right then and there.

Later that day, when an officer knocked on her door to charge her theft, he gave the dog a once-over and decided Best wasn’t the person who needed to be apprehended.

“He took one look at Bosco and said, ‘I’m not a dog person, but I can tell that dog is in bad shape. This is wrong,’” she recalls.

This July, nearly three years since Best rescued Bosco and during which he continued to operate as a breeder, Tobler was found guilty of animal cruelty and sentenced to one month in Caldwell County Jail and two years of probation. He was fined $4,000 and must do 100 hours of community service. Thankfully, he was also ordered to get rid of all of his animals by August 31 and cannot own animals during his probation period. Moreover, if he violates his probation, he could be sent to jail for a year.

Shockingly, this July – just as he was being sentenced for his abuses in 2015 – the sheriff brought a fresh round of animal cruelty charges against Tobler after deputies seized more than 250 animals from his Lockhart ranch who were living in unhealthy conditions and clearly neglected.

He should have been stopped decades ago. 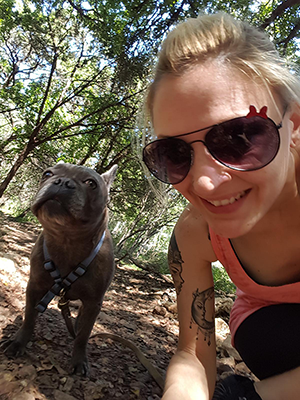 Best testified this summer that Tobler operated for about 20 years as an unlicensed AKC breeder, and she and other witnesses presented evidence, including photos and videos, that proved animals suffered in his care.

Best, who now works at the Williamson County Regional Animal Shelter, told the Austin American-Statesman that the laws in Texas are too lenient, “which is why he has been able to continue to not only breed for 20 years, but get away with having a history of animal abuse and neglect for the last 10 -- at least.”

She is right. Despite the passage of a 2011 puppy mill law, many large-scale dog breeders go unchecked due to a loophole in registration requirements with the state.  THLN is urging the Texas Department of Licensing and Regulation (TDLR), who administers the state law and inspects breeders, to strengthen regulations and require better conditions for puppies languishing in these mills. We are committed to bringing greater oversight to Texas puppy mills and if action continues at the agency level, we will take our fight to the Legislature.

We are so grateful for advocates like Best, who work alongside THLN to strengthen animal protection laws.

“This is why I’m here. To save these dogs,” she told THLN recently.

If you’d like to join THLN, Best, and other animal advocates across the state in passing laws for a more humane Texas, please join us today.