For years, puppy and kitten mills have been operating across our state. Every month or so, we hear about gruesome discoveries of animals who are used for breeding within cruel conditions.

Just last month, the SPCA of Texas seized 72 dogs and puppies from an alleged puppy mill—including 12 deceased animals—in Canton. According to one story, “many of the dogs and puppies were found in living in feces-filled wire crates without access to food or water. In one room, several nursing mothers with litters of puppies were found confined in small, plastic and wire crates in a closet.”

The animal owner told investigators they were selling the dogs for profit.

In 2011, the Texas Humane Legislation Network was instrumental in securing the passage of key puppy mill legislation addressing large-scale breeders (House Bill 1451), an effort made possible by more than 10,000 supportive comments pouring in during the public comment period. 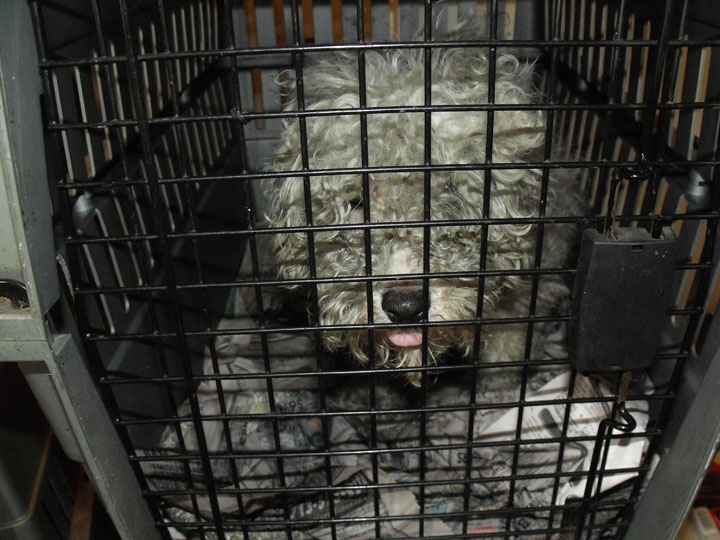 While passing the 2011 bill was an important step, it’s time to do more to improve the lives of thousands of animals.

The current Texas puppy mill law, requires the Texas Department of Licensing and Regulation (TDLR) to administer the 2011 puppy mill law by adopting rules “to ensure the overall health, safety and well-being of each individual animal" in a licensed breeder facility. It defines large-scale commercial breeding operations in Texas as breeders who keep 11 or more breeding females or sell 20 or more puppies or kittens a year.

Yet we know that for every breeder found to be in violation, there are scores more who continue to profit from animals they neglect and mistreat. There is an opportunity to strengthen these regulations – and it’s time.

In June of 2016, TLDR began conducting a review of the 2011 legislation and accepting public comment. However, almost two years after this rule review period began – and despite a flood of public comments – it appears there has been no effort to move forward with strengthening the existing legislation.

With this inaction comes the continued agony and suffering of dogs in cruel puppy mills throughout our state. According to the ASPCA, puppy mill dogs are typically kept in overcrowded and unsanitary kennels, and puppy breeders maximize profits by repeatedly breeding female dogs with little time to recover between litters and then killing them when they can no longer reproduce. Puppies also often arrive at pet shops or in new homes with diseases ranging from parasites to pneumonia. The list of atrocities goes on and on.

Here are some of the standards we should be fighting to make mandatory for all breeders:

The TLDR is charged with ensuring the well-being of these animals. You can help us crack down further on puppy mills and these inhumane practices by taking a few minutes to urge TDLR to strengthen the puppy mill standards.

Please email TDLR at [email protected] and ask them to strengthen the standards of care above.

Nearly six years after the puppy mill law went into effect, one thing is clear: it’s time to strengthen this the Dog and Cat Breeder Act. Join us in our effort.

PS: TDLR has a limited number of inspectors for our entire state. As with so many laws, citizen complaints often prompt investigations and lead to breakthroughs in a case. To report a suspected puppy mill, contact the Texas Department of Licensing and Regulation (TDLR) at 800-803-9202. You may file an online complaint for 1) unlicensed activity or 2) code violations by clicking here and selecting Dog or Cat Breeders.