When JP Bonnelly isn’t at his day job doing data analytics or hanging out with his two-year-old daughter, he uses his photography skills to help catch and capture animals all over northeast Texas. 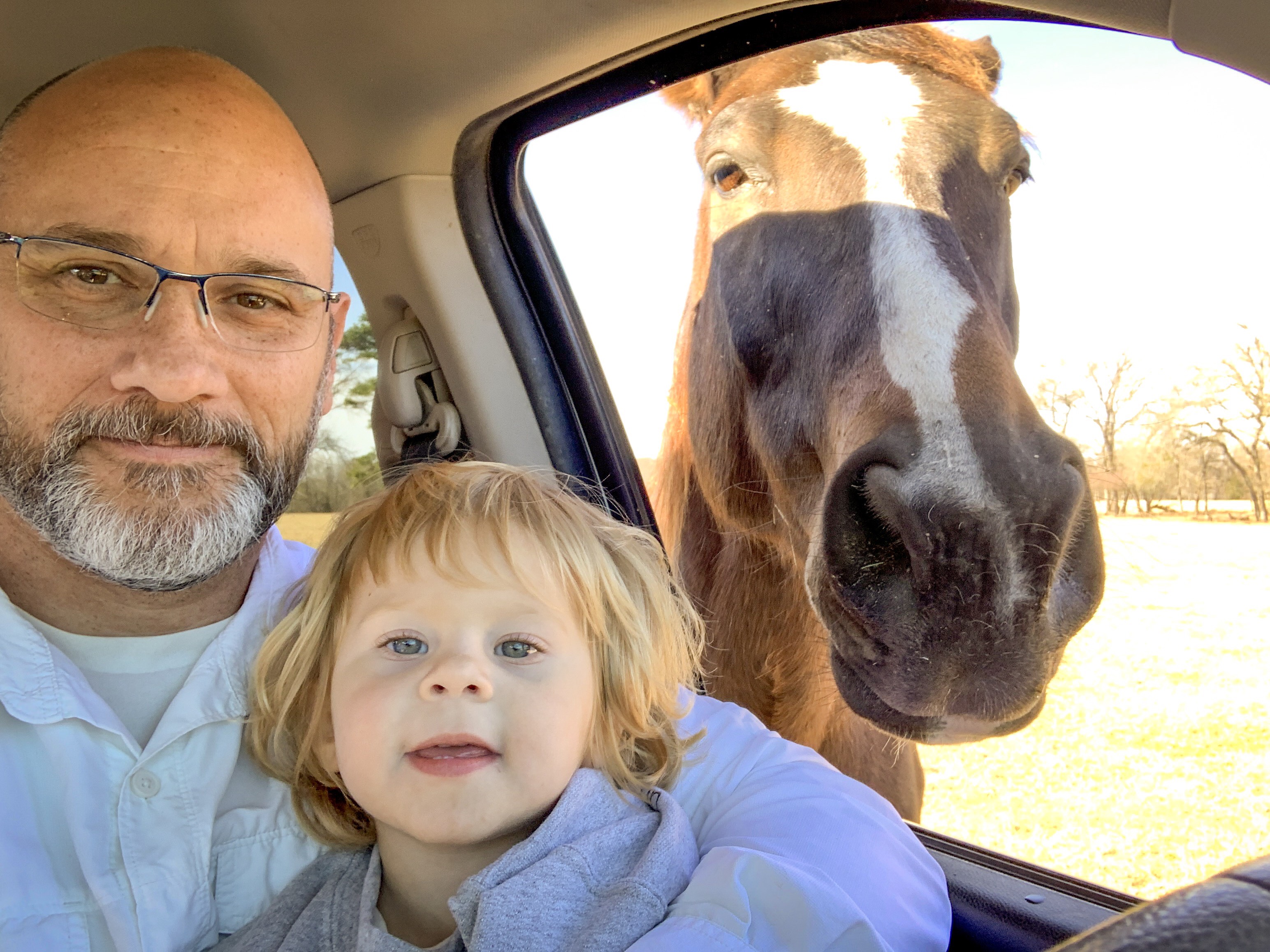 Based in Allen, JP calls himself a “freelancer in the rescue world.” He’s lent his talents to many organizations – including THLN – and we spoke with him recently about his volunteer work. Read below to learn more about why he’s this month’s Volunteer Spotlight.

THLN: How many organizations have you volunteered with?

JP:In addition to taking pictures for THLN, I was co-founder of the first street dog rescue group in Dallas called Duck Team 6, as well as co-founder of the Street Dog Project (also in Dallas). I also work with Humane Tomorrow based out of Flower Mound, and I spent some time overseas working with a rescue group in Afghanistan called Nowzad. Many years ago I was on the board of Operation Kindness and currently sit on the board for Stray Dog Inc. in east Texas. I’ve also done a little bit here and there with other groups.

THLN: When was your first time behind a camera? When did you gravitate toward animals both behind and in front of the camera?

I’ve been playing with cameras on and off since I was a kid, and my mother bought me an introductory-level film camera when I was 12 years old. I kind of lost it through college but about 10 years ago, I picked it back up again when I started volunteering at Black Beauty Ranch (part of HSUS). Every time I’d go out I’d take a picture or two or 300, and that kind of sparked it.

What is your memorable picture or story? There are so many. I think one of the first ones I worked on, which took months, was a dog named Nora. She recently passed away, but Nora was one of the first dogs I helped to capture as part of an organized effort.

She lived on a grassy patch on the median of a busy stretch of road. Some say she’d been there for four or five years. We don’t know how she survived but when we caught her, she’d just had a litter of puppies. She’s one of the ones that really stands out in my memory.

Another dog we caught in south Dallas was a dog named Boomer with two huge tumors. It took us months to catch him, but he when we did, he got the care he needed. Boomer went through successful chemo and surgeries, and he’s doing so well today.

THLN: What are your future plans?

JP:I’d like to make a living as a photographer, travel back to Afghanistan, and make a coffee table book focused on sanctuaries and showcasing animals living in them.

THLN: What is your dream job?

JP: To be a wildlife photographer.

THLN: If you could ask readers to do one thing to help Texas animals, what would it be?

JP: One thing? Can I suggest more than one? But seriously.

Educate yourself as to what’s happening. I believe in out of sight, out of mind. So if you aren’t aware of what’s happening, you aren’t thinking about it.  If you scroll past and ignore it, you won’t do anything. So educate yourself, and then use that knowledge to be the voice for animals through groups like THLN. Use that voice to contact representatives, to change laws, and to change circumstances for animals.

And of course, give money, volunteer, all that basic stuff.

Thank you for using your talents to help Texas animals, JP! We are so proud to know and work with you.