Cheryl learned about our organization when she attended her first Humane Lobby Day. She was there in her role as founder and president of People Assisting Animal Control. This amazing organization is a high-volume, low-cost spay and neuter clinic that works closely with the City of Corpus Christi Animal Control to keep animals with their owners and out of shelters. 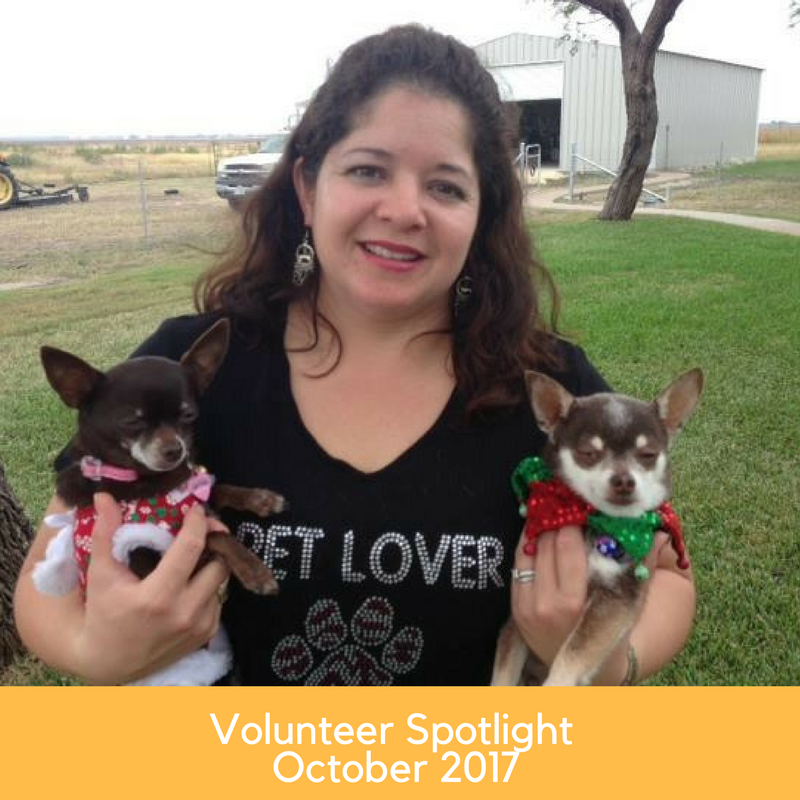 During the legislative session, Cheryl visited Austin and met with various legislators about the two major bills we were trying to pass—the animal cruelty bill (which became law this September) and the humane tethering bill (which came very close to passing, and which we will work on again during the 2019 session).

Additional roles: In addition to founding PAAC, Cheryl has gone through the Animal Control Basic Certification, completed the TCCI Animal Cruelty Certification, is certified in Pet CPR and Pet 1st Aid, and has taught at conferences to teach municipals and non-profit organizations the best practices on how to work together and help more animals. On top of everything, she is currently in the process of opening another clinic for the under-served animal community.

Why THLN: Visiting lawmakers and playing a role in advocacy during the legislation was “exhilarating,” Cheryl said. “I called Shelby (THLN Board President) and said I wanted to do more next time. To be able to be part of passing a law or even putting forth effort to try, makes me feel like I'm helping animals all over, not only at local level.”

One thing Cheryl won’t brag about: She stayed behind during Hurricane Harvey to keep her clinic open and rescue animals that had been abandoned.

We thank Cheryl for all she does for the animals of south Texas and beyond!

Join Cheryl or a THLN Chapter in your area, volunteer, and sign up for legislative action alerts!