Under new law, this cruelty will be tried as 3rd degree felonies

It’s been nearly two months since SB 762 took effect. The new law strengthens our animal cruelty code so that the most heinous acts of cruelty against animals are tried as third-degree felonies.

Since the law passed, there have been two cases of animal abuse in the Longview area—one involved a cat struck by a baseball bat, the other a dog with an arrow found in its back. (An arrest was made in the first case while the second is being investigated.) 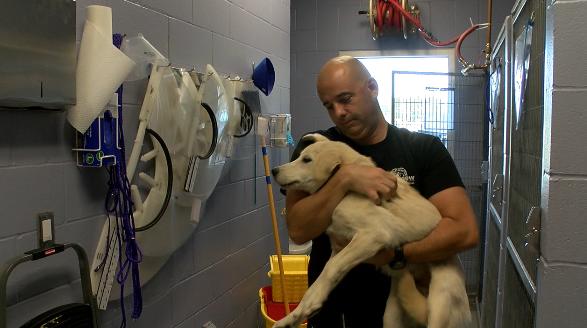 Longview Animal Control staff member Chris Kemper, who has worked several abuse cases over the years, was interviewed by ABC affiliate KLTV. Kemper was one of the people who came to Austin during the legislative session and testified before the Senate in support of our bill.

“Acts of cruelty towards animals are red flags; are indicators and predictors of future behavior. So it doesn’t mean anyone who abuses an animal is going to go on to become a serial killer, but it does mean that nearly everyone who is a serial killer started on animals,” Kemper told KLTV.

Watch the whole story here. (There’s a happy ending in it!)