Republic was a starving and gravely ill dog whose owner, Donna E. Hubbard, tried to dump on the side of the road. Concerned citizens saw the crime, confronted Hubbard, and begged her to take Republic to a shelter. They also filmed the entire interaction. On the video, Hubbard grudgingly agreed, tossed Republic's lifeless body into the back of her truck, and promised to follow the distressed couple to the shelter.

While in route, Hubbard stopped following the witnesses and found another place to dump the dog. The video presented law enforcement officers with enough information to investigate and present an animal cruelty case. Once the police were involved, they uncovered more information about Republic's owner. After the case was presented to the Harris County DA's office, they filed formal charges, and Hubbard was arrested.

It seemed as though Republic's owner would be held accountable for her crimes. Deborah Wrigley of ABC 13 was in the courtroom for the Probable Cause hearing. Following the reading of the charges against Donna E. Hubbard, the judge can be heard clearly saying, “Sounds like overkill to me."

"Overkill" is what Harris County Judge Ronald C. Nicholas thinks of the charges. "Overkill" is the word he used to describe justice involving a heinous case of animal cruelty. With a single word, Judge Nicolas impeded the mission of the rescue world to end animal cruelty.

Despite his owner’s cruel and inhumane actions, the couple who initially spotted Hubbard were able to turn to social media and reached out to hundreds of rescue groups and individuals in the Houston area. Fortunately, Chip N Snip was able to locate 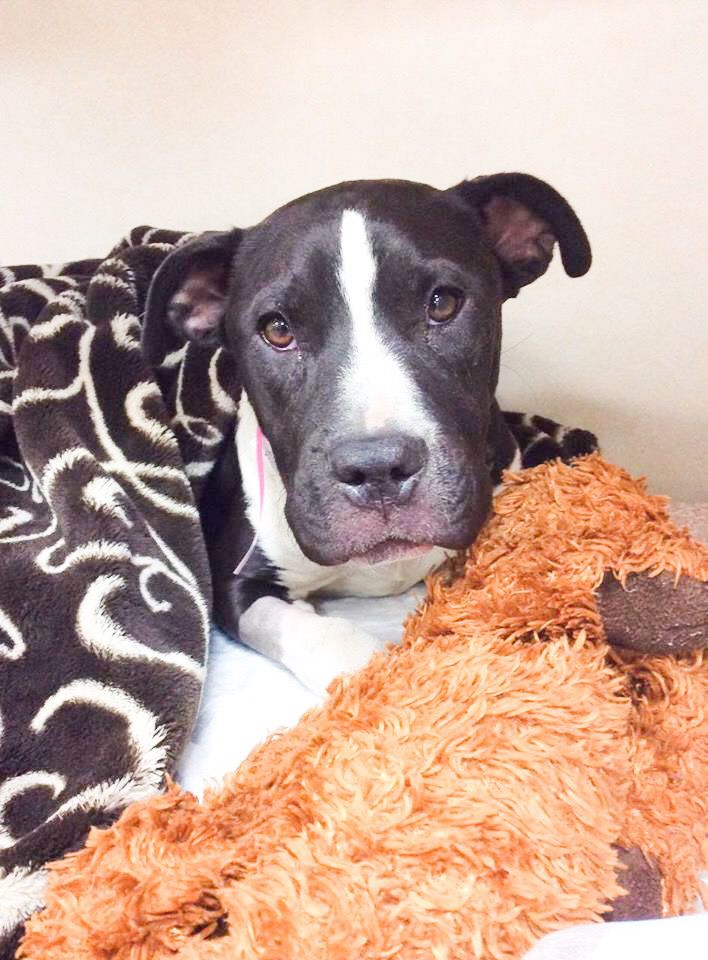 Republic and get her to a veterinary emergency center. After two full weeks in ICU, Republic recovered and is currently in a safe and loving home.

Republic's story is proof that sometimes speaking up is not enough. Sometimes we have to speak loudly. Ronald C. Nicholas is an appointed judge.

As we fight to better the lives of companion animals through better laws and continued efforts to rescue those in needs, it's important we have elected officials in place who share our compassion for these animals. It's equally important we have judges in place who will uphold the laws, regardless of their personal feelings. We cannot afford judges who view charges of animal cruelty as "overkill." The only "overkill" is allowing this to continue.

The Harris County District Attorney is willing to prosecute, so now we need make sure elected officials understand how strongly animal welfare will affect our voting choices. Because there are strong, documented links between animal cruelty and human violence, the inhumane treatment of animals reverberates through all of society. Holding people accountable for cruelty or neglect is crucial to make our communities safer for animals and people.

We will no longer sit quietly and hope that justice will be served. We will demand it, and we will not stop fighting until we see change.  As a rescue community, we need to rise up as a single loud voice and declare these cases are not overkill.

You can help by reporting cases of suspected cruelty.

Speak to your elected officials, call them, email them, get out and meet them, let them know how important animal welfare is to you. Each of us has a chance to speak up and be a voice for those who have none.

Texas Humane Legislation Network (THLN) is a great resource for knowing what new laws are being pushed. They also provide scorecards of animal voting records during election season, so that you can decide whether your lawmaker has been an ally and advocate for animals in your communities. Join their volunteer network.

As a community of rescuers supporting the greater Houston area, we see abuse, neglect and outright cruelty to animals every day. We often find ourselves wondering if our efforts are making a difference. We see so many cruelty cases. Often the perpetrator is not brought to justice, but sometimes they are. It's these cases that bring hope that the world is changing.  We are witnessing more and more cases for cruelty or neglect being prosecuted.

Systemic change requires us to be active and vocal. Republic and every other dog who suffers at the hands of humans are worth it.