How Can I Change A Local Ordinance To Protect Texas Animals?

For Animal Control Officers (ACOs) all over Texas, it is vital to have the right tools to do the job so that they are able to prevent harm to the animals they care for.  The local ordinances are one of the most important, and unfortunately also one of the most overlooked, tools that are used on a daily basis to ensure standards of care and address animal suffering.  In many ways, local ordinances are even more valuable than state laws when it comes to safeguarding animals. 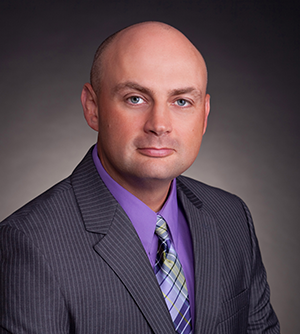 The vast majority of ACOs are not certified peace officers which means that they often lack the ability to enforce state laws and must obtain assistance from the Police or Sheriff’s Department to address some of those issues.  Also, they allow cities and counties to address issues that are not covered by state law.  Whether it’s a requirement for pets to be sterilized or a limit on the number of pets that can be kept, local ordinances allow the people who live in the area to tailor their minimum standards of care to their own local preferences.  What works well in Austin may not work in Lubbock or Corpus Christi; local ordinances let each of these jurisdictions write laws that best address the issues that their unique communities face.  It is vitally important that local jurisdictions have strong ordinances in place so that ACOs can better protect all animals that are under their jurisdiction.

With regards to animal issues, state law requires local jurisdictions to do one thing: designate a local rabies control authority (Texas Health and Safety Code Section 826.017).  This can be almost anyone the county commissioners court or municipal governing body decides but is typically either an ACO, the local health officer, or a peace officer and this position is responsible for ensuring that the state’s minimum standards for rabies control are enforced.  Any other restriction on the care of animals is up to each jurisdiction and as long as it is not more lenient than or in conflict with state law or somehow in violation of the state or federal constitution, local jurisdictions can set almost any restriction in place they feel is needed.  For example, some cities have a mandatory sterilization requirement for all pets, a few have outlawed the use of bull hooks to train or control an elephant, others require all pets to be microchipped, and many have completely outlawed the use of tethers as a means of restraint.  This highlights how local jurisdictions can go above and beyond state laws to enact real change for the betterment of their animal residents.

When considering what laws to enact, local jurisdictions should first look at existing state laws to see if there are any that do not accurately reflect local values.  Tethering, cruel treatment, and the regulation of dangerous animals are all examples of items that have state laws in place that may not meet the community’s standards.  Many jurisdictions have written their own regulations for the use of tethers as a means of restraint because the state law is still horribly inadequate despite THLN working for years to try to make improvements.  Many things that might be considered cruel treatment, such as dyeing baby rabbits and chicks for Easter sales, are not specifically addressed in state law but may be in conflict with the community’s values.  Even if it is felt that state laws are adequate, it is best for the local jurisdiction to adopt them so that it is easy for ACOs who are not peace officers to enforce them.

From there, determining what the citizens in the area want to be regulated is important and allows for topics such as defining what constitutes an acceptable shelter, ownership requirements (mandatory spay/neuter, microchipping, registration, pet limits, etc.) and animal businesses (pet stores, commercial breeders, groomers, and petting zoos) are common topics that are not addressed by state law.  Providing shelter is required for all non-livestock animals by Section 42.092 of the Texas Penal Code, but there’s no definition for this basic requirement.  If there isn’t a local definition, some owners argue that the shade from a tree or building is sufficient “shelter” for an outside pet so it’s important that local authorities draft a definition that is appropriate for their community and climate.  Many jurisdictions feel that requiring pets to be sterilized or microchipped helps promote responsible pet ownership and gives them the ability to address problem owners who will often fail to meet any standards.  Others believe this is government overreach and that pet owners should be able to decide for themselves if they want to have these procedures done.  Some jurisdictions have decided that the best fit for them is some sort of middle ground on these potentially contentious issues where it is not mandatory to sterilize or microchip your pet unless they are impounded for violating the law.  Animal businesses are often left without any oversight by state agencies and so local regulation is appropriate.  A poorly managed animal business can not only lead to animal suffering but can also be a health hazard to its staff and customers.  Requiring minimum standards for pet stores, petting zoos, commercial breeders, and other animal related businesses can help ensure that animal care is not sacrificed in the pursuit of profit.

The final things that all local ordinances should address are the “administrative” aspects such as enforcement authorization, hold periods, and fees.  Will the local animal services program be the only ones who can enforce these laws or are there others, such as the peace officers employed by the jurisdiction, that should also be able to?  People often mistakenly say that state law requires shelters hold found animals for a minimum of 72 hours but there is actually nothing in state law requiring any minimum hold period for a stray pet.  Each community needs to decide what they consider a reasonable hold period for a lost pet is and if identified pets be held longer than those who lack tags or a microchip.  Finally, what fees will an owner have to pay to reclaim their pet and how much will adoptions cost?  If pets are required to be registered the fees for this will also need to be outlined here.  This is one of the areas where a jurisdiction can reward responsible pet ownership by reducing registration and/or impound fees for pets that are sterilized, identified, and otherwise in compliance with all of the mandates for legally keeping a pet in the community.  The fees can often be done in a resolution instead of an ordinance but they need to be set by the governing body.

Even when they know what the ordinances need to address, many people are not sure how ordinances can be changed or what they can do to help move this process forward.  The process is somewhat simple: a problem or need is identified, a solution is researched and drafted, and the governing body votes on the change.  In reality, this can take months or even years to get even the simplest of changes made so it’s important to be patient and remain focused on the long-term objectives of the positive changes.  Identifying weaknesses in existing laws is usually identified through citizen demand or by staff experiencing issues with responding appropriately to a particular scenario.  Staff or citizens can research possible solutions and best practices as most cities now have their ordinances available online.  It is usually not difficult to find a starting point that can be edited to meet the community’s specific needs that can then be presented for approval.  Prior to the governing body vote, it’s important to get as much citizen buy-in as possible.  Publishing proposed changes online and allowing for input from all citizens is a good way to accomplish this.  It’s important for elected officials to know that the community has had the chance to provide feedback and that the majority of people are in favor of the proposed changes.  This also allows for potential controversial items to be identified and gives the opportunity for factual information to be distributed in response to concerns that are received.  Even if the vote doesn’t approve the changes right away, there’s no reason to give up.  Changes can always be made to get to common ground or they can be resubmitted when they may have a better chance of being approved.

Everyone has the ability to help facilitate changes even if it’s just to contact the governing body and expressing their support.  Some people can do more either due to their position or profession.  ACOs are the first line of identifying that issues affect the animals in the community.  They can track complaints and use that information to help justify changes that will be supported by the citizens.  They also are able to evaluate their current ordinances for weaknesses based upon the calls they receive and talk to other cities/counties that may have a solution to the problems they face.  If you happen to be a lawyer, you can volunteer your time to draft proposed laws, ensure the legality of the proposed changes, and help make sure the intent of the laws are clear.  This is especially important in smaller jurisdictions that may not have lawyers on staff to provide this work.  Citizens in the community can often have the biggest impact once it’s time for the changes to be proposed to the governing body.  Showing up to the meetings and voicing support for the changes, and talking other residents into doing the same thing, shows that the voters who put them in office are serious about improvements being made.  In these situations the old saying of “there’s strength in numbers” is especially true so the more people who are willing to show their support, the better the chances are of getting the changes approved.

Even if there is strong support for the changes, there can be political hurdles pop up that can impede even the best ideas.  There are numerous groups that oppose moving animal welfare laws forward and they will often misrepresent proposed changes to promote opposition to them.  It’s important that every comment that is received be tracked by the individual’s address.  Outside groups should not have as much influence as those who actually live in the area.  It’s also important to be aware of the personalities of the elected officials who will be considering the changes.  Some truly care about animals.  Others are motivated almost entirely by the financial impact that the changes could have.  Tailoring the informational materials to address those concerns is very important to winning support.  Animal issues can often be controversial so it’s also important to appropriately time when the proposals will go to the governing body.  If it is a very popular item that will gain a candidate voters, taking it just before an election can be beneficial.  If it’s at all contentious, waiting until after the election will be best so that elected officials are not as worried about possibly losing their position due to supporting good changes that might have a very vocal minority who oppose it.

No matter what, the animals are counting on you to protect them.  No law at any level can be passed without someone proposing it and supporting it.  The animals can’t do that for themselves so you must  be their voice for them.  Without people who care to spend their time trying to make a difference, they continue to suffer in silence.  Partnering with THLN can do wonders at the state level but don’t forget that you can also make a world of difference for those animals right in your hometown by being their strongest supporter with your local government.