Law enforcement officers routinely encounter dogs in the line of duty. In fact, roughly one in three calls involves an interaction with a dog. The vast majority of law enforcement officers have no training on canine encounters and this is the primary reason so many dogs are killed unnecessarily by law enforcement officers. According to canine behavioral experts and the Department of Justice, the necessity to shoot a dog is rare in most situations and should always be the option of last resort. Officers need hands-on skills and information to protect themselves, the residents and the dogs they encounter. Those who are not trained for canine encounters run an increased risk of injuring themselves and others by the mishandling of a dog encounter.

Whenever officers fire their weapon in the line of duty, there is a monetary cost of an internal investigation and such incidents often do serious damage to community trust and the city and the department become opened to legal actions. The Network passed a law requiring a one-time training course for law enforcement officers to prepare them for a safe, non-confrontational outcome when encountering a dog. The training can be taken during basic training or within two year of being licensed. Existing licensed officers are grandfathered except when seeking promotions to intermediate or advanced levels. This bill does not prohibit officers from using deadly force against dogs to protect themselves or others; it only requires training so that shooting a dog would be the last resort. 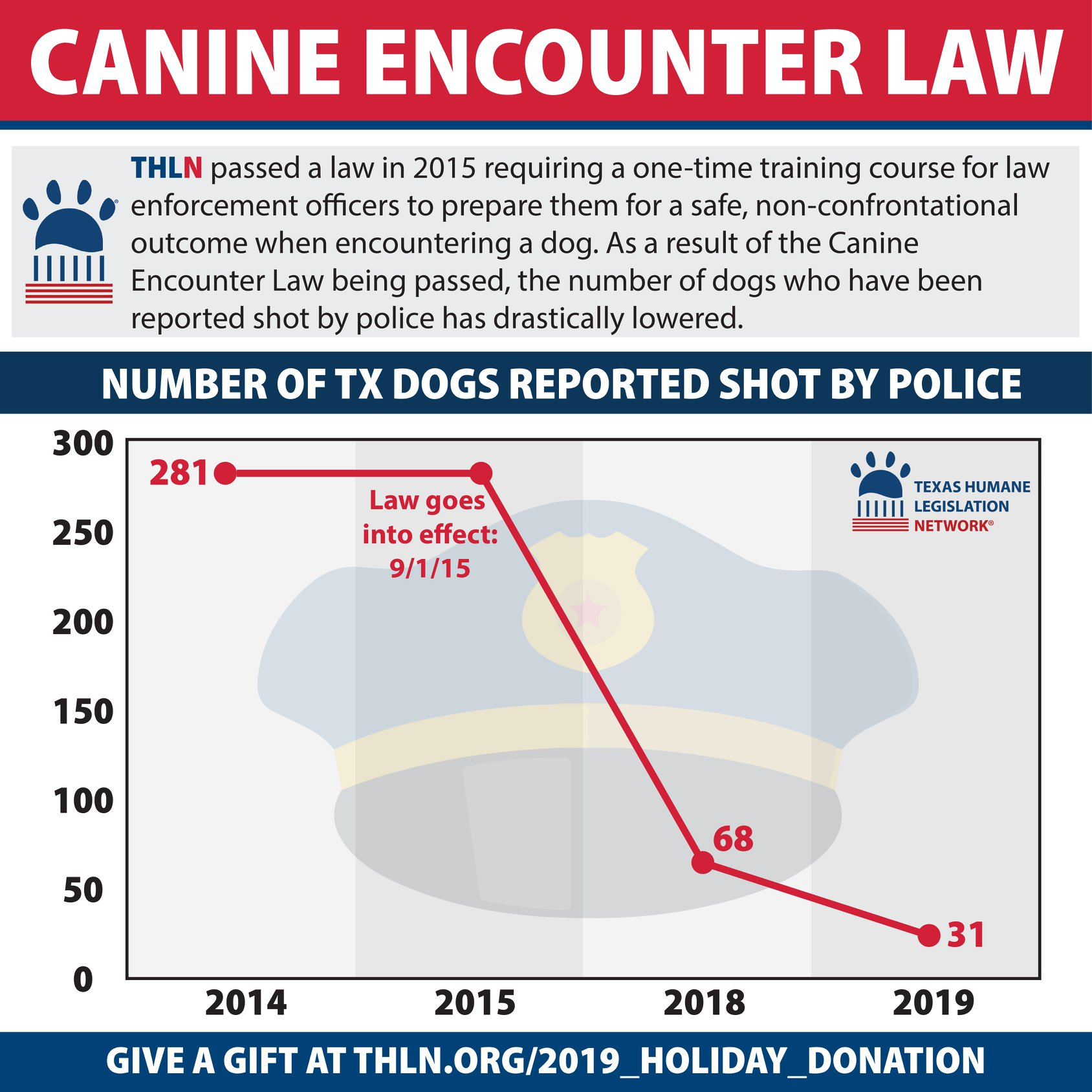