The U.S. House has passed an important bill to protect animals and now it’s the Senate’s turn! Senators John Cornyn and Ted Cruz need to hear from you! Please call them both (phone numbers below) and ask them to support S 479, the PACT Act.

The Preventing Animal Cruelty and Torture Act (PACT) Act, S. 479, will make it a federal crime to commit malicious cruelty to an animal on federal property or in interstate commerce. THLN applauds the U.S. House’s passage of the companion bill, H.R. 724 last week. If this bill passes in the Senate and becomes law, it will serve as an important tool for law enforcement to target abusers who crush, burn, drown, suffocate, impale animals and commit other bodily injury toward any non-humans.

Texas’ animal cruelty statue was strengthened in the 2017 legislative session. The PACT Act will complement Texas’ tough animal cruelty law when crimes are committed on federal property or across state lines. Passage of this Act is an important step in keeping our communities safe on a national level.

Animal cruelty is a community issue. Data shows that if you improve animal welfare, you improve public safety for everyone. THLN is a member of the North Texas LINK Coalition, whose mission is to raise awareness of the strong and well-known link between cruelty to animals and violence against humans. Studies of serial killers and school shooters reveal most of these individuals committed acts of animal cruelty prior to killing people and children.

HOW TO REACH TEXAS SENATORS CORNYN AND CRUZ:

Please contact Senators Cornyn and Cruz and ask them to support the PACT Act: 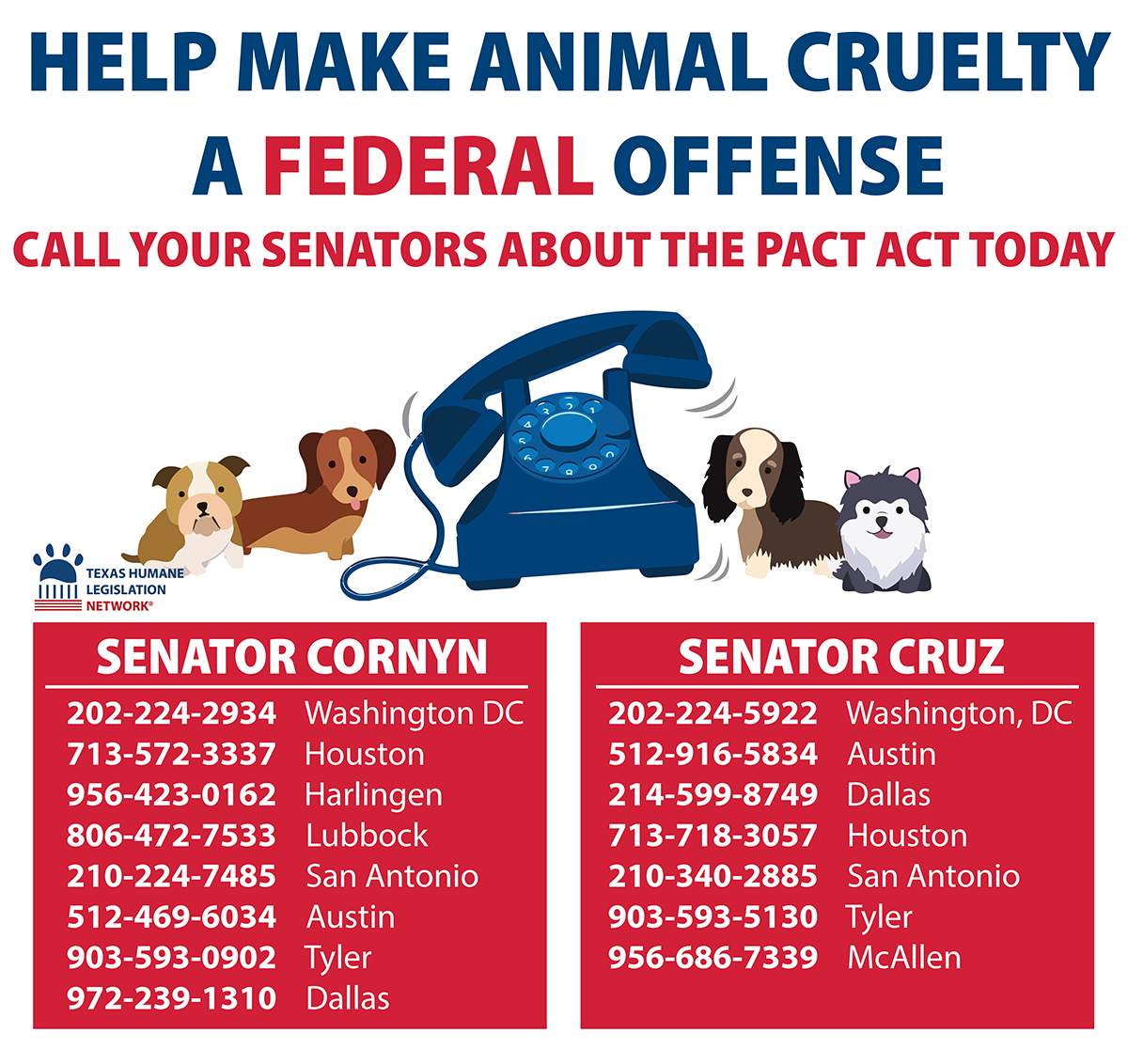 Thank you for standing up for animals in Texas and across the nation.

If you are interested in sending your senators a more personalized letter or submitting a letter to a local paper to build awareness and support, please let us know and we can provide assistance.