If there’s one thing that inspires us at THLN, it’s the passion -- and compassion -- of our supporters.

Thousands of Texans (on social media and in real life) rally behind dogs like Rocko and Trooper, support our mission as a Fierce 500 ally, and sign petitions to end inhumane chaining of dogs.

But unlike so many animal welfare groups, we are the only legislation network that directly lobbies the Texas Legislature to pass laws that protect our state’s animals. Fortunately, our supporters can lobby, too – and we are working hard to provide opportunities to teach you HOW.

Being involved in the virtual world carries a lot of heft these days. But showing up in person is still the most effective way to learn from the pros, connect with other animal welfare activists, and shake hands with decision-makers at the top. 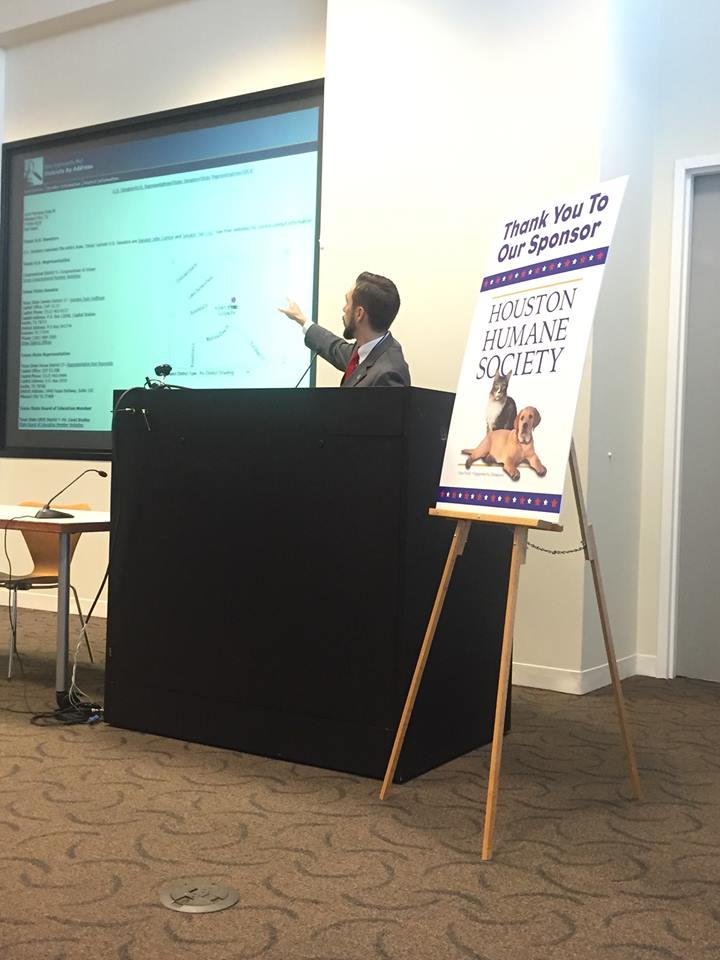 At a recent Houston Lobby Day, we joined forces with the Houston Humane Society and the South Texas College of Law Animal Law Clinic to bring you up to speed on our recent legislative victories and future priorities. For a nominal fee (and a vegan lunch!), we spend a few hours on a weekend afternoon training you on the most effective ways to lobby your lawmakers – and you get to hear from them, too, as they are often among the guest speakers we invite.

The 2019 Legislature is six months away, and we’ll be counting on our supporters to show up – not just in Austin, but in your hometown legislators’ district office, where they spend the interim focused on constituent matters.

We’ll be announcing lobby days in the coming months across the state, and we hope you’ll plan to join us. Bring a friend, bring a notebook, and be prepared to help us make a big difference for animals in 2019!

UPDATE: A huge thank you to the Animal Legal Defense Fund (ALDF) who is sponsoring a district lobby day in Austin on October 20th! If you live in Central Texas you won't want to miss this! Our registration page for the event will be live soon, but you can RSVP to reserve your seat today and email [email protected]