Ruth has been a jack-of- all-trades volunteer for THLN, and does everything from staffing booths at events to joining us in Austin when we lobby members of the Legislature from her district.

When did you first learn about THLN?
Ruth first came across THLN in April of 2016 when she was a delegate to the Republican Party of Texas Convention. She started talking with staff and board members at the booth, and instantly fell in love with the mission.

Why THLN?
Ruth picked up her first stray animal at age 8, much to her mother’s chagrin. She has been rescuing animals ever since, but she says THLN fills a unique need in the animal welfare community.

“While being involved with an organization that rescues and adopts homeless animals is something I think is very important, there’s nothing like getting great legislation passed that helps animal welfare!” 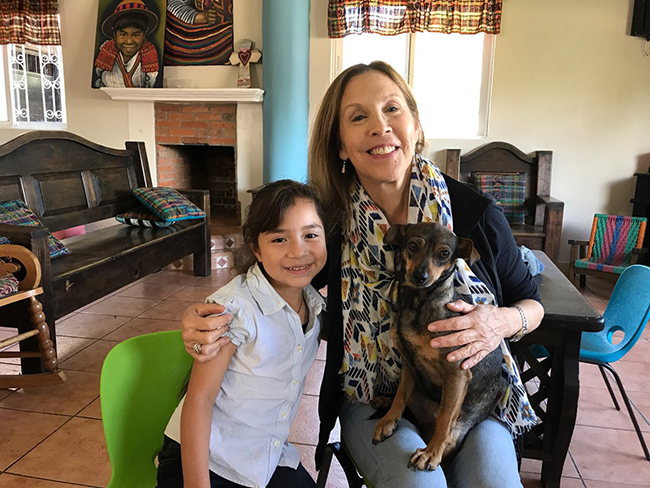 Fun facts about Ruth
Ruth is a 4th generation Texan (and Dallasite) and was an advertising director for almost 30 years. Her family runs a mission in Guatemala for teen mothers and their children. The mission, “Esperanza and Futura,” has been her family’s project for five years. In 2017 alone, she visited Guatemala five times.