THLN's board of directors is comprised of individuals who bring their professional talents and animal welfare expertise to the organization to help further its mission for the animals. All work is provided on a voluntary basis. The duties of the board include: establishing and implementing legislative agendas designed to pass effective animal protection legislation; providing information to the news media concerning THLN issues; informing THLN's membership of animal-related legislation; increasing membership statewide; working with other organizations who share THLN's goals; and fund raising to provide the financial resources needed for lobbying, membership communications and media-related activities. 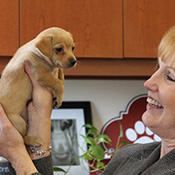 Position: President Email: [email protected] Donate to THLN on my behalf
Kathy Davis has more than 24 years of experience in the field of humane welfare. She recently retired from the City of San Antonio as their Director of Animal Care Services after serving almost four years. Prior to San Antonio, she served the City of Los Angeles in the same capacity. She also held the title of Director of Code Enforcement and Animal Services for the cities of Dallas, TX and South Bend, IN. Kathy graduated from Indiana University. She has committed her life to serving the needs of pets and the people who love them. 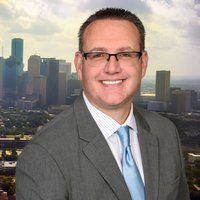 Position: Director Email: [email protected] Donate to THLN on my behalf
Eric Holliday’s path to THLN began roughly 6 years ago when a family moved, abandoning their German Shepherd in his neighborhood.  It took 6 weeks of effort to safely take in the abused and abandoned pup. The rest is history. This led to work with a German Shepherd rescue group. Volunteering in a variety of roles, eventually taking on the role of President. The group’s focus was those German Shepherds from cruelty situations or ones with major medical concerns.  Years of helping mend the broken, witnessing cruelty cases that only seems to be increasing while becoming more severe, Eric changed paths. Beginning to volunteer with THLN, hoping to have a different type of impact.  One that could impact the lives of many more innocent companion animals in need of protection.  Eric’s roots in caring for animals and learning how unique each animal is goes back to spending his formative years on the family dairy farm in Louisiana. Eventually deciding to relocate to Texas nearly 30 years ago. Eric and his wife Janeth are the proud butlers to 7 furry rescues. Mei, Yuki and Neo the dashing pups with Chloe, Arya, Tora and Midnight the charming kitties.

Position: THLN Board President Email: [email protected] Donate to THLN on my behalf
Steve has spent his professional career in real estate development and finance. He holds a Bachelor of Business Administration in Real Estate from Southern Methodist University and a Masters in Business Administration from The University of Texas at Austin. Steve and his wife Vickie, began volunteering as a foster home for dog rescue organizations more than 15 years ago. In that time, they have helped several dogs find loving homes. Steve is also an active fundraiser and grant writer for several Dallas area rescue organizations. He helps plan events for these groups to raise funds, promote humane education and get dogs adopted. Before becoming a board member, Steve was a longtime volunteer with the Texas Humane Legislation Network and enjoys helping with humane education, legislative advocacy and fundraising. As chairman of the THLN grassroots committee, Steve is committed to connecting people across Texas to their elected officials to help advocate on behalf of animals. Steve knows there’s nothing more important than having neighbors talk to neighbors, reaching each other where they live, work, learn, worship, text and tweet. Steve and his wife share their home with their four rescue dogs and occasional foster dogs. 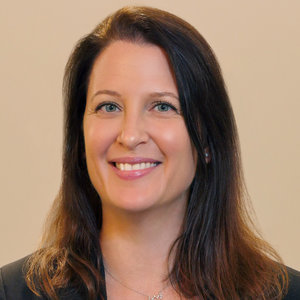 Position: Director and Legislative Chair Email: [email protected] Donate to THLN on my behalf
Jaime is currently Senior Counsel with the law firm Skiermont Derby, practicing patent and commercial litigation. Before that, she worked as Legal Advocacy Counsel with the ASPCA, focusing on animal welfare litigation, animal cruelty prosecution support, and equine welfare issues. She’s taught courses and given dozens of presentations on animal cruelty laws, the LINK, and various other animal law topics. She earned her BA in Psychology/Biology (focus on animal cognition) from New College of Florida, her MS in Animals and Public Policy from Tufts University, and her JD from the University of Michigan (Go Blue!). She’s lived in Dallas since 2009. Jaime’s rescue dogs, Parker and Benny, are admittedly somewhat pampered, but they motivate her to work hard to improve the welfare of all Texas dogs. 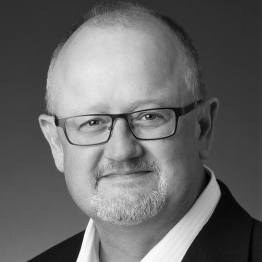 Position: Email: [email protected] Donate to THLN on my behalf
Steve is a native Texan and an Austin resident of over 40 years. He, his spouse, and his children have rescued, fostered, and “adopted” countless furry and feathered family members over many decades. He is a self-proclaimed activist for the causes of those who cannot speak for themselves (whether humans marginalized by societal forces or animals). He uses his past experiences with founding, funding, and operating non-profits, and his experience with the state law and rule making machinery, to further THLN’s objectives. Raised from birth on a farm on the South Plains, Steve was surrounded by domestic animals and livestock from the day he was born. (It is not well known that one of his Southdown show lambs took a blue ribbon in the Hale County Livestock Show in the spring of 1976.) Steve is the Senior Partner and CFO of a law firm he founded, Phillips Golden LLP. He is a board certified tax lawyer (Texas Board of Legal Specialization) and has practiced tax, business, and corporate law for over 30 years. He received both his law JD and accounting BBA degrees from the University of Texas School at Austin. 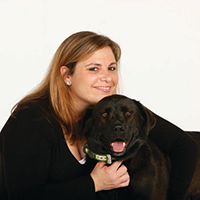 Position: Director Email: [email protected] Donate to THLN on my behalf
Jennifer Bassman Rogers hails from the great Hawkeye state of Iowa. Animals have always been a part of her family. She grew up caring for family pets that included dogs, fish, gerbils, a hamster, and three siblings. After graduating with degrees in Journalism and Psychology from Southern Methodist University (SMU) in Dallas, Texas, Jennifer worked for The Dallas Morning News. To get her animal fix, Jennifer began petsitting for friends. When she rescued her Corgi-mix, Claire Bear, from the streets of Clarendon, Texas, she was hooked on rescuing animals and animal welfare. Jennifer has owned businesses in the pet care industry for 15 years, a marketing/creative firm that focuses on small business needs, and speaks/teaches workshops about marketing small businesses and keeping your sanity as a business owner. Jennifer has worked with various rescue organizations helping dogs find forever homes, as well as, volunteering to bring awareness to local animal welfare issues. Jennifer currently resides in Dallas with her husband, Mark, and her four incredibly spoiled rescue dogs – Claire, Cooper, Herbie, and Ranger.

Position: Director Email: [email protected] Donate to THLN on my behalf
Elisabeth Rutledge combines a passion for animal rights with experience in public affairs and advocacy communication to help THLN further its mission. Currently working as a communications consultant for the Jeff Eller Group, Elisabeth helps clients large and small protect and enhance their brand equity and stakeholder relationships. Her clients have included some of the country’s best-known names in advocacy, energy, health insurance, retail, private equity and transportation. Before joining the Jeff Eller Group, Elisabeth was a senior vice president with Hill+Knowlton Strategies and a managing director at Public Strategies. She graduated from the University of Texas at Austin with a degree in American Studies. Elisabeth is also a graduate of the Leadership Texas program.

Position: Secretary Email: [email protected] Donate to THLN on my behalf
Mona has a professional history of more than 35 years in nonprofit healthcare and education, and volunteer civic leadership. She’s been a lifelong animal advocate. She served for 9 years as a board member of San Antonio’s Animal Care Services Department. During that time the shelter’s live release rate went from 13% to more than 90%. And through partnerships with the City, foundations, and private donors, two new shelters were funded, planned, and constructed and opened. She “retired” in 2014 to move to the family ranch near San Antonio and became more involved with the interests of cattle, sheep and goat ranchers, and protection of wildlife. She joined the THLN board in 2019 to devote energy to the larger cause of advocacy for people and animals statewide.

Company: Hotchkiss Law Firm, PLLC Email: [email protected] Donate to THLN on my behalf
Sharon Hotchkiss is a sole practitioner and has been practicing law for over 25 years. A majority of that time was with a mid-sized law firm in Century City, California, for which she is still Of Counsel. Sharon moved back to her home town of Dallas in 2014, and started her own firm (Hotchkiss Law Firm). Currently, her primary areas of practice are in business transactions and intellectual property (copyright and trademark). Sharon’s clients are primarily start-ups and non-profit organizations, including animal welfare and rescue groups. Sharon has always felt a special bond with animals and enjoys volunteering for organizations who help them. She also loves spending time with her own rescue dog. Sharon received her BBA from the University of Texas at Austin and her JD from Loyola Law School, Los Angeles, and is licensed to practice law in both Texas and California. 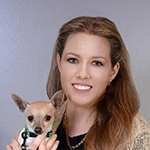 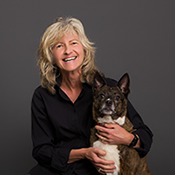 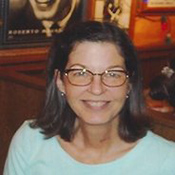 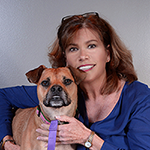 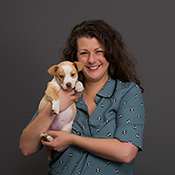 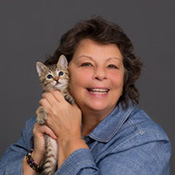 Company: Email: [email protected] Donate to THLN on my behalf 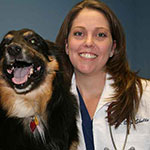 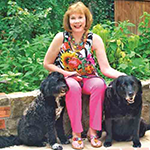 Company: SPCA of Texas Email: [email protected] Donate to THLN on my behalf 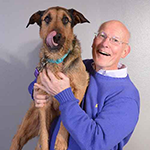